In the last two years the State of Israel is leading together with its Macedonian partners, a unique project of cleaning, restoring and documenting the oldest Jewish cemetery in the Balkans, in the city of Bitola.

In this special project different Ministries and Non-governmental organizations, both local and international, such as the Hermitage Museum Foundation Israel, are taking part as the old Jewish cemetery will become the “Park of the Living” in the city of Bitola, honouring the Jews who were deported and then killed in Treblinka.

Israel is leading this effort to turn the cemetery into a park of memory that will include art exhibits of Jewish and non-Jewish artist to commemorate the community. The first monument that will be placed at the end of July is the sundial of Maty Gruenberg, an Israeli artist who is the last Jewish child born in Macedonia before the deportation. This monument will be the first of 16 planned monuments.

The efforts of turning the old Jewish cemetery to the “Park of the Living” partially will take place through an international competition in which the exhibits displayed in the park will be chosen, and by encouraging leading artists, Jews and non-Jews, to take part in this project and help realizing the vision of the “Park of the Living”.

The state of Israel considers the Bitola project one of great importance and is now involved in several partnerships in the city. Israeli Ambassador to Macedonia, His Excellency Mr. Dan Oryan who has introduced Mr. Amir G. Kabiri to this project, has been dedicating time and efforts in recent years bringing delegations, volunteers, researchers, politicians and people of the media to undertake the project and support it. 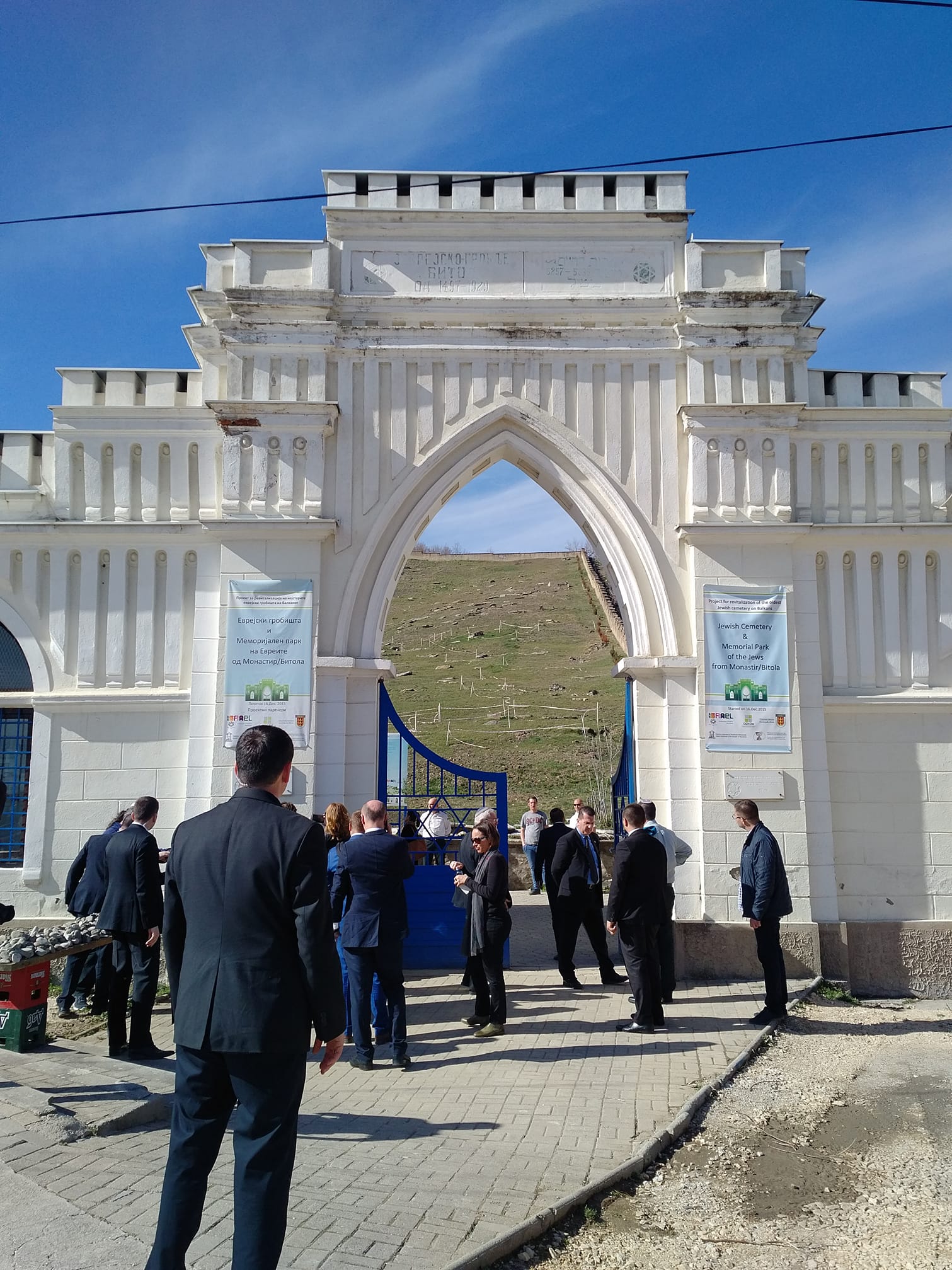